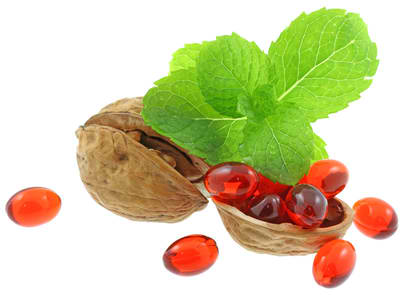 JASMINE CHESS had long wanted to try eyelash extensions, but the high cost had kept them off her beauty shopping list. Then Ms. Chess, 25, saw an offer to buy the service at a reduced rate ($225 instead of the usual $450) on Gilt City, an online portal that sells vouchers to fitness boutiques and spas (along with restaurants and other attractions).

Wise for Some Restaurants, Coupons Are a Drain at Others (April 13, 2011)
Wine Prices Slashed; This Offer Won’t Last (April 13, 2011)
“I wouldn’t have bought this on my own,” said Ms. Chess, an actress who had previously bought a juice cleanse, hair blowout and makeup on the site. “I did it because it was a deal.”

Thanks to the rise of social coupon Web sites such as Groupon and LivingSocial, beauty consumers are able to bargain-hunt for goods and services that were once rarely, if ever, discounted. Recent sales include an oxygen facial at Bliss Spa in South Beach for $112 (30 percent off) on Gilt City and two 60-minute massages at Balanced Health in Boston for $95 (53 percent off) on LivingSocial.

Users of Lifebooker, meanwhile, can book health and beauty services at discounted rates at off hours any day of the week, and take advantage of daily promotions, which the company calls “loot.” A Brazilian blowout at Gavert Atelier in Los Angeles for $129 (68 percent off) was a recent offer. Membership on all these sites is free.

“It used to be, ‘Fifty percent off a haircut, what’s the catch?’ ” said Andrew Unger, a founder of Lifebooker, which began offering deals in late 2007, though it took two years, he said, for consumers to become comfortable with the concept. Since then, “every month has been better than the last,” Mr. Unger said.

According to Yipit, an aggregator of online daily deals, the number of sites offering health- and beauty-related services has nearly quintupled in the last year, to 341, while sales of these services (including spa treatments, dental whitening and hair salon services) reached $78 million for January to March of this year and are on track to reach $312 million for 2011, representing 31 percent of total daily deal sales.

Shopping for beauty services online isn’t something Barbara Fisher, a sales associate for Coach in Manhattan, ever imagined doing, but since hearing about Lifebooker and a half-dozen deal sites through friends, she has bought vouchers for waxing and dental whitening trays and signed up for a free boot camp class.

She is currently on the lookout for a deal on the keratin hair treatments that usually cost her $300 to $400 a few times a year. “I have a lot of upkeep,” said Ms. Fisher, 40. “I’m in the salon constantly. I will try to avoid paying full price if I can. It’s a recession.”

But are beauty consumers really spending less or just buying more? Jessica Israel, a buyer of television commercial space for an advertising company in Westchester, recently purchased spray tanning, a haircut and a few massages for a discount online, all splurges she would not have tried otherwise.

“I guess it’s the idea of getting a deal,” she said, adding that she wouldn’t get a spray tan again, or go back to one of the places where she had received a massage because she did not care for the ambience.

From the merchants’ perspective, daily deal sites offer an opportunity to reach a large number of customers (Groupon, for example, has more than 70 million subscribers) without investing a great deal of money on advertising or marketing.

Yvette Rose, the founder of the Kickstart Diet, said she had more than 5,000 views on her company Web site the day that her deal, 40 percent off a five-day food cleanse, was listed on Gilt City. “I’ve been in Town & Country and Vogue, and neither of them gave me the visibility that Gilt did,” said Ms. Rose, who sold 100 diet packages for $250 instead of the usual $425.

Oscar Blandi, a Madison Avenue hairstylist, offered a highlight and blowout package ($145, down from $275) at his salon on Gilt City last December as part of what he called a marketing strategy to help his junior stylists and colorists build their business. “This gets them in the door,” he said. “It’s up to me to cultivate the client.”

But merchants like Ms. Rose and Mr. Blandi are looking for more than just exposure. More crucial to them is that customers return, and pay full price.

“You kind of take it as a loss leader because you hope people have a positive experience and translate into a lifelong patient,” said Dr. Jennifer Jablow, a cosmetic dentist in New York who sold 50 cleanings and 63 whitening treatments on Gilt City this year. So far, 13 of those new patients have returned for additional services at regular cost.

But at what point does a business risk devaluing itself in the name of finding a few new customers? Dr. Steven Pearlman, a facial plastic surgeon who listed discounted prices for chemical peels, laser services, Botox and Juvederm on Gilt City last year, said he would not work with a deal site again for a very long time.

“I don’t want to undercut patients who have been seeing me for years and paying full price, the majority of whom do,” Dr. Pearlman said. “I don’t want to cheapen the brand.”

Indeed, some beauty professionals have decided to sit the trend out. Sharon Dorram, a hair colorist, said she did not need to offer her services at a discount.

“These discount Web sites are best for businesses that are falling under the radar, or lagging in ‘word of mouth,’ ” Ms. Dorram wrote in an e-mail. Isabelle Bellis, a New York-based aesthetician with a celebrity following, said she would never consider discounting her prices. “I think I am totally fair,” she said.

But it seems clear that these sites have begat a new breed of beauty bargain hunter.

“I’d be silly to spend all the money I did in the past when I know I can get it at such a discount,” said Janna Schneider, 37, a program consultant for a private tutoring company in New York. Ms. Schneider estimates she has saved well over $500 by booking two keratin treatments and a package for 10 Zumba fitness classes through Lifebooker and Gilt City, respectively.

Ms. Fisher, the Coach sales associate, said: “Now going to the salon is like getting on an airplane. You don’t know what someone in the seat next to you is paying.”