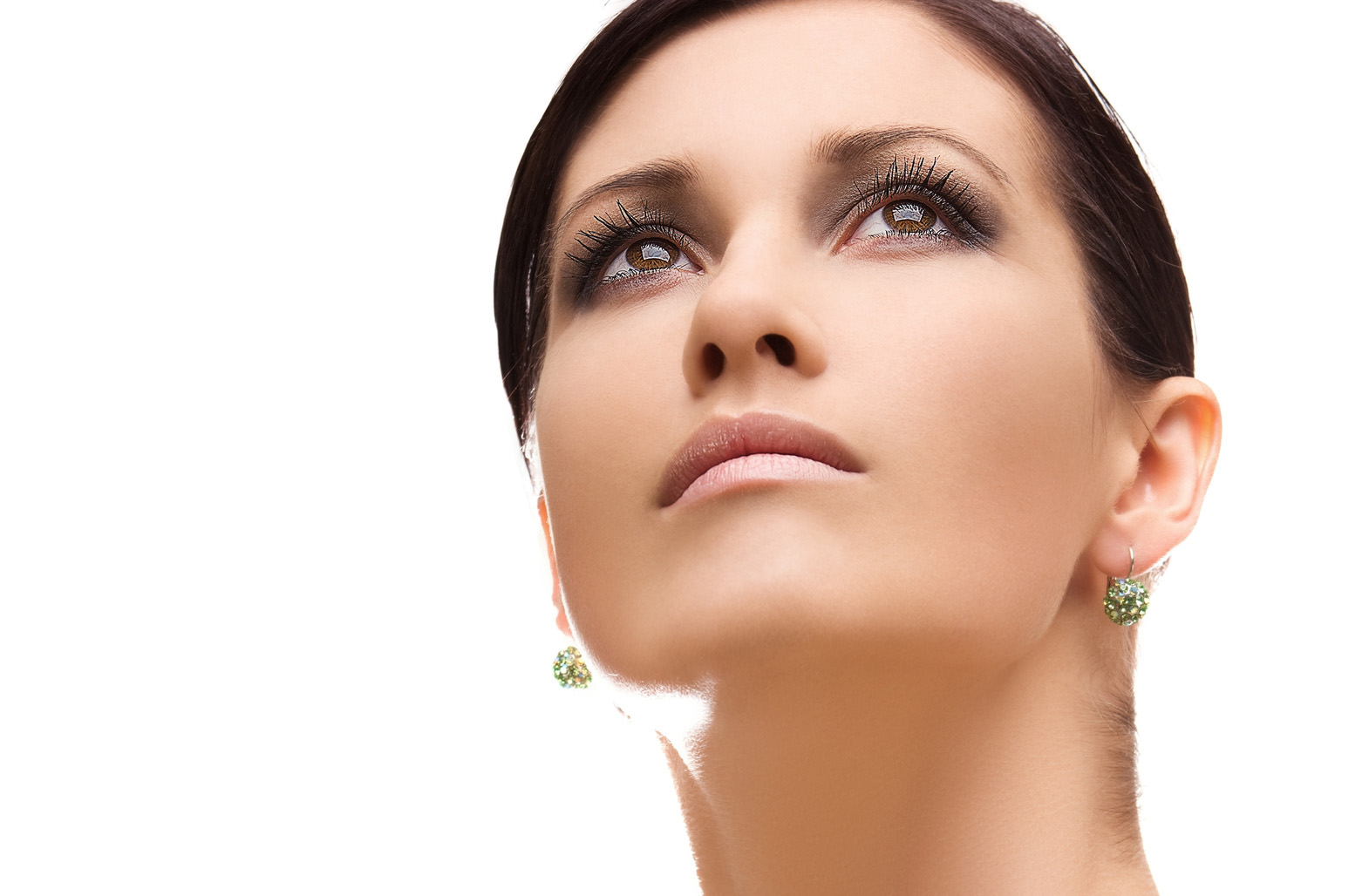 THESE days, even mainstream beauty creams sometimes make such improbable claims that they might as well be swarthy Lotharios (think Nivea’s My Silhouette!, whose maker was fined $900,000 last week by the Federal Trade Commission for suggesting that consumers could slim down just by applying it).

NEW BASICS Erika Pahk shows Kota Furui products by In Fiore, of San Francisco, a line of balms, herbal infusions and oils.
Is it any wonder that some consumers are turning to modern apothecary brands — like Aesop and Malin+Goetz — that position themselves in the market as throwbacks to simpler times, when service was one-on-one and ingredients were pronounceable?

In a world when many cosmetics are mass-produced with mysterious chemicals, these luxury brands are bottling “authenticity” and the idea of transparency with oils, grains and herbs.

But once out of the bottle, applying them might not necessarily be simple. It’s not always obvious how to use a powdered cleanser (mix it with water, cream or yogurt) or what on earth a hydrosol is (a liquid, sometimes used as a toner, made by distilling water through plant material).

Some apothecary brands literally have a “kitchen chemist” or herbalist mixing batches of skin care products and dispensing product advice by e-mail or phone. Emma Graves, an herbalist and aesthetician and the founder of the Brooklyn-based line Between You and the Moon, for example, has a Sow Your Wild Oats powdered grain cleanser she mixes herself by five-pound batch.

Consumers who once might have put their faith in a doctor-endorsed brand to keep their skin in tip-top shape now sometimes turn to brands with naturally derived ingredients or natural products, which are viewed as “healthier” and “safer to use,” said Karen Grant, vice president of NPD Group, a market research firm.

Medical jargon is so commonly used to market skin care, Ms. Grant added, that “we understand, ‘Here’s the clinically proven results from this sample.’ ” But apothecary brands might offer a “gentler product” and say generally “it will affect a change.”

Julie Elliott is the creator behind the growing apothecary brand In Fiore, a line of body balms, cold-pressed herbal infusions and facial oils based in San Francisco with 10 employees. Back in 1999, when her line was all balms and oils, buyers were “afraid,” she said.

“Americans generally want lotions,” Ms. Elliott said. “When you’re using oils or balms, it really is about taking time out for yourself, taking time to massage oil into your skin and allowing it to absorb.” But now, she said, “People are coming around.” Americans are no longer spooked to the same degree by facial oil, and she believes that a growing factor in their popularity is simplicity. “We just need to manage our skin. It doesn’t need to be that complicated.”

Thanks to the Internet, smaller names like In Fiore, Between You and the Moon and Farmaesthetics (from Newport, R.I.) have gained a foothold without many brick-and-mortar outposts, or counter space at department stores.

But the low overhead of online commerce isn’t the only reason apothecary brands are in vogue, said Karen Young, chief executive of the Young Group, a marketing and branding company, and who used to be a vice president for marketing at Lancôme. “It’s a convergence of forces,” Ms. Young said, pointing to baby boomers looking for alternatives to their current choices in food and skin care; skepticism toward big companies; and a catch-all movement she characterized as “holistic, organic, do your yoga and eat your vegetables.”

Allison Hodge, a yoga teacher in San Francisco, now uses six In Fiore products, but said she was “terrified” to use their Pur facial oil to balance her oily skin, until the saleswoman convinced her to try. Now, Ms. Hodge, 32, said: “There’s a little sheen, but it doesn’t feel like you coat your skin with baby oil. It’s more like your skin is like, Yes!”

Emily Weiss, editor of the beauty Web site Into the Gloss, is also a fan of apothecary brands. “An old ingredient is just as great as something made in a lab that promises to make you look 10 years younger,” said Ms. Weiss, 26. She said she heard about Aesop, a unisex Australian brand with brown bottles of parsley seed cleansing oil and jars of camellia nut cream, that has been sold at Barneys, from Gaia Repossi, the jewelry designer, yogi and vegan, who used to fly to Paris to stock up on it at Colette, the Parisian boutique. (The brand is no longer sold there because Aesop has a shop nearby, part of a European expansion that includes London and Zurich.)

Next up: the United States. This week, the company, which was founded in 1987 by Dennis Paphitis, then a hairstylist, set up a temporary kiosk in Grand Central Terminal fashioned out of 1,800 newspapers surrounded by gray powder-coated steel. This summer, they plan to open two conceptual stores in Manhattan designed by the architect Jeremy Barbour (one of the stores will use industrial felt to quiet the bustle of the street). A flagship is set to arrive on Bleecker Street in the fall. All will, unlike Barneys, have sinks so consultants can test a regimen on your hand.

Malin+Goetz, a starkly packaged brand created in 2004 by Matthew Malin and Andrew Goetz, partners in business and in life, is sold at hip hotels, independent beauty stores like Space NK and in a free-standing apothecary-like boutique in Chelsea.

In 2009, the pair opened an Upper West Side store, a futuristic mix of walnut reclaimed from a demolished mansion and gleaming white laminate to showcase their unisex 50-product line that, Mr. Malin said, “starts with natural ingredients” but also uses technology to “create better performance from them.” In the next five years, the founders plan to open more apothecaries in Los Angeles and Chicago.

The great-granddaddy of such ventures is Kiehl’s Since 1851, which began as a pharmacy in the East Village and created icons like Creme de Corps. It was acquired by L’Oréal in 2000 and now has 35 free-standing stores along with counters at Bloomingdale’s and Bergdorf Goodman.

This month, Kiehl’s plans to open Spa 1851 on the Upper East Side, offering anti-aging facials, exfoliating peels, barber services, massages and dermatological machinery. Chris Salgardo, the president of Kiehl’s USA, characterized the spa as a return to Kiehl’s roots; visiting the original pharmacy, he said, was “the ultimate in one-on-one service.”

But some customers are skeptical of apothecary brands. Their clean minimalist packaging connotes “Hey, I’m natural,” Ms. Gelula said, but she went on, “I feel tricked by Kiehl’s and Malin+Goetz because it looks more natural than it is. It’s a little wolf in sheep’s clothing, because the formulations aren’t of true apothecaries” like In Fiore.

To be fair, Malin+Goetz avoids irritants, including waxes, silicones, synthetic perfumes and harsh detergents, but it does use preservatives, albeit naturally derived ones.

Some consumers complain that Kiehl’s formulations have changed since the brand became part of L’Oréal. Even if that isn’t the case, it is arguably difficult to replicate the personalized apothecary image on a large scale. “L’Oréal is the biggest cosmetic company in the world,” Ms. Young said. “How authentic and small and precious can Kiehl’s be if they are owned by a $24 billion company?”

Mr. Salgardo said generally that becoming part of L’Oréal “was the best thing that could ever have happened to Kiehl’s.” Why? “I don’t think Kiehl’s could have kept up with all the breakthroughs in technology without having a partner like L’Oréal.”

And Giovanni Lepori, the president of Aesop USA, who said that his line offered superior quality, added: “We don’t claim to be 100 percent natural. No one is.” Aesop doesn’t sell quick solutions, he said, but has a balanced approach to skin care: eat well, sleep, exercise, invest in exceptional products.

Still, just as many Americans have begun eating locally grown foods, Brenda Brock, chief executive of Farmaesthetics, wants to shorten the time between the fields and your dressing table. Synthetic ingredients “cripple the potency of herbs,” she said.

“It’s like growing an apple organically,” she said. “You take such care through the life of the tree,” that to then use synthetic preservatives would be “like spraying it with red paint on the way out the door.”

Cheryl Richardson, 51, the author of five self-help books, was delighted when she first visited the Farmaesthetics headquarters in an old renovated trolley barn in Newport, R.I., and saw where some of her powder exfoliants and remedy oils are made.

“There were bottles of herbs, mortar and pestles,” Ms. Richardson said, marveling. “There were plants. I was so blown away, who does this? This is a whole new thing.” Or a new old thing.