Purging or Breaking Out? 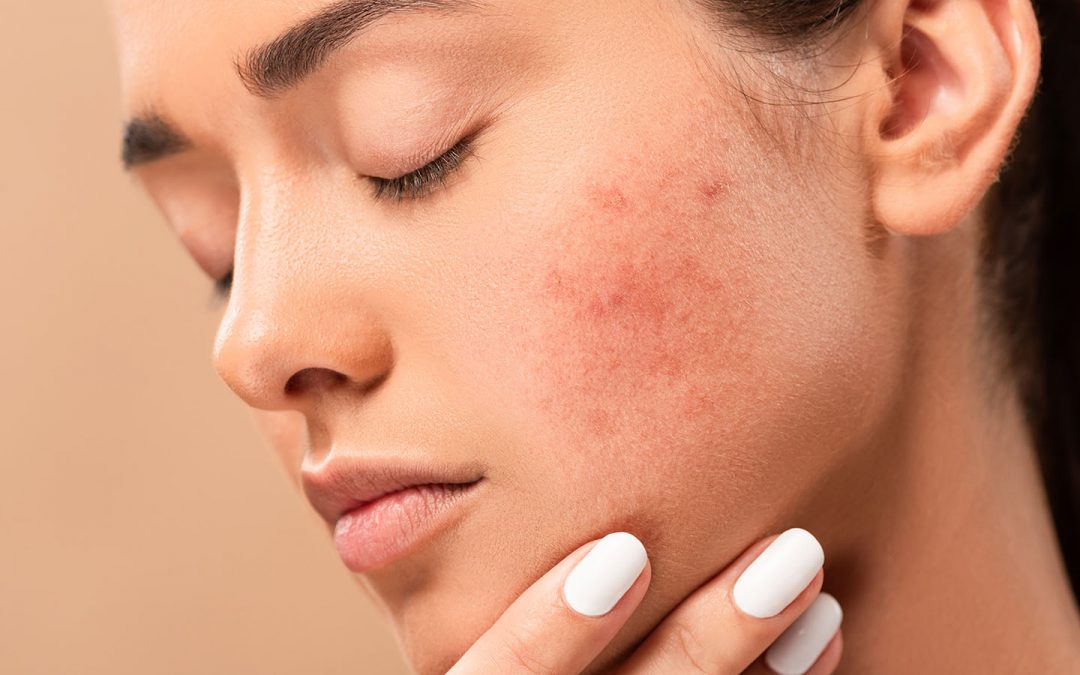 How to Tell If Your Skin is Purging or Breaking Out

You’ve just bought a new skincare product that you’ve been super excited to try. Yet within the first few days of application, a whole host of angry pimples have erupted across your face.

While your first instinct may be to cast the product aside and deem it as unsuitable for your skin, hold your horses. Sometimes things get worse before they get better, and this can ring true for a new skincare routine.

Your face may be going through a process of purging. In this case, it can be beneficial to continue with the product and wait until the purging phase is over so you can come out on the other side to see clear, glowing skin.

But what exactly is purging? And how can you tell if your skin is purging or breaking out? We’re here to spill all.

What Is Skin Purging?

Skin purging sometimes occurs when people use beauty products featuring active ingredients like leave-on exfoliants. These products can encourage the clogs that form deep in the pores of the skin to rise to the surface quickly.

This happens at a much quicker rate than it usually would. After using the new product, it seems that overnight – or within a few days – a fresh batch of breakouts have scattered your skin.

This can be quite a shock, especially as many skin-purging products are designed to clear the skin rather than worsen it. Take one of our favorite acne-busting formulas, the New Skin Retexturizing Gel, for example. This salicylic acid acne treatment is created to combat existing blemishes and prevent any future breakouts. However, due to the ingredients used, there’s a possibility that you may have to experience a period of purging before reaping the benefits of the treatment.

But with some patience, it can be well worth the experience of purging for glowing, healthy, and beautiful skin (trust us!).

Purging doesn’t occur for everyone and it doesn’t happen in every product, and why it happens for some people and not others remains uncertain.

Which Products Cause Skin Purging?

Not all products lead to skin purging. Formulas containing the following active ingredients are more likely to cause skin purging:

Any products that don’t contain such ingredients are unlikely to cause skin purging and, unfortunately, may just be unsuitable for your skin type.

The reason why the skin reacts by purging after using such ingredients is because they work to loosen the gunk clogged up in the pore, rushing to bring it up to the surface faster. Yuck!

So, while you may have to suffer from a face full of blemishes for a while, once the product eventually does work its magic, it’s happy days all round.

How Can I Tell If My Skin Is Purging or Breaking Out?

The big question is, how can you tell if your skin is purging or breaking out after using a new product?

Thankfully, it’s easy to assess by looking at the appearance of the blemishes as well as taking note of your routine. If you’ve recently started using a new medicated skincare treatment and a whole host of blackheads and blemishes crop up in the following weeks, this is likely due to purging.

In this case, the purging should finish within four to six weeks. Phew!

That’s because when you use formulas that boost the cell turnover rate, the entire skin cell regeneration is speeded up. That means the microcomedones transform into blemishes such as blackheads, whiteheads, and cysts.

The existing spots become fiery and inflamed. Any blemishes become more pronounced. Any microcomedones that were undetectable rise to the surface.

These skin issues are not new and were underlying, it’s just that the process of their healing has just been accelerated. While it may be annoying, at least you know that brighter skin is on the way. With time, the blemishes will calm, and your skin will clear.

If, however, you’ve just started using a new skincare product or wearing new makeup that doesn’t contain any of the active ingredients as listed above, it’s likely the product isn’t suitable for your skin. You may instead be worsening the underlying acne process. Oops!

The scenario will be different. Skin that’s breaking out from a new product will form new clogged pores, and the skin can become red and irritated with a rash. New blemishes can appear in areas where you aren’t usually affected.

The bad news is that in this case, there’s not much chance your skin will get used to the product. Pass it on to a friend instead of putting your skin through unnecessary trauma. After all, it may not be suitable for your skin, but it could work wonders for someone else’s.

Of course, it’s important to consider other lifestyle factors too, such as diet, stress, and hormone fluctuations. Some people also purge when using a new tool such as a cleansing brush, so that’s something to bear in mind too. If your purge is particularly bad or persists beyond six weeks, consider chatting to a dermatologist about your situation.